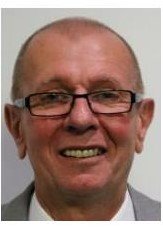 I started life camping with a caravan in 1987 but didn’t join the then Caravan Club until 2010. In 2000 I purchased the first of our 6 Motorhomes and initially only taxed the vehicles for a 6 month period. This all changed when I became a member of the West Dorset Centre. In 2011 I was asked to join the Committee of the Centre and in March of 2012 took up the post of Rally Secretary, a post I relinquished to become the Centre Chairman in October 2018.